This isn’t the first time TikTok made me try something new. Before this, it was TikTok’s Healthy Coke that I simply had to test out. But unlike the healthy coke, this TikTok trend is drool-worthy; light, fluffy, and moist – no one will know they’re not made from scratch. They really are THAT good!

WHAT IS THE VIRAL CINNAMON ROLL HACK?

With so many videos on TikTok of people recreating these rolls, it was hard to track down and credit the original creator. However, the mastermind behind the viral cinnamon roll hack has made the internet go bananas. All she did was add heavy cream to store-bought cinnamon rolls, but it is oh so good!

In some videos, I saw users pouring a brown sugar glaze over the cinnamon rolls in addition to the heavy cream. I tried it the first time I made the cinnamon rolls, but it was too sweet. However, if you have an extra sweet tooth, add the mixture to the rolls before they bake. Here’s what you need:

Warm ingredients in a skillet and pour them over the cinnamon rolls. Cover them with foil and bake according to the instructions below.

WHAT YOU NEED TO MAKE THIS RECIPE

HOW TO MAKE CINNAMON ROLLS WITH HEAVY CREAM

Preheat the oven to 350° F (176° C) and prepare a baking dish. Line the Pillsbury Cinnamon Rolls into it with room to expand.

Pour heavy cream over and around the cinnamon rolls.

Place the icing from the packaging into a mixing bowl, and add cream cheese, butter, powdered sugar, vanilla extract, and salt. Combine the ingredients by hand or using a hand mixer; blend until smooth.

Top the cinnamon rolls with frosting and serve immediately.

If you love this recipe, we hope you will try one of these tasty desserts!

WHAT TO DO WITH THE LEFTOVERS

Why do you add heavy cream to cinnamon rolls?

As the cinnamon rolls cook, the pre-made rolls expand and absorb the heavy cream leaving them extra moist and fluffy.

What is the frosting on cinnamon rolls made of?

We take the packaged icing up a notch by making homemade cream cheese frosting with cream cheese, powdered sugar, vanilla, and butter.

YOU SHOULD ALSO TRY: 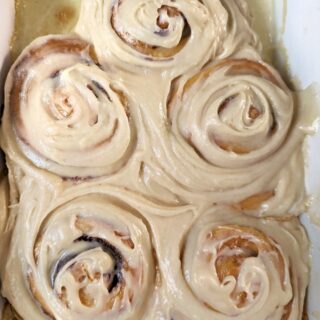 For the Cinnamon Rolls:

Serving: 1 Cinnamon RollCalories: 177kcalCarbohydrates: 22gProtein: 2gFat: 9gSodium: 223mgSugar: 15g
Keyword cinnamon rolls with heavy cream, tiktok cinnamon rolls
Did you make this recipe? Let me know how it turned out for you! Leave a comment below and follow @thejamilghar or tag #thejamilghar on Instagram!
Click here to cancel reply.

These are SOOOO SOFT!

I had never tried heavy cream before, and I couldn't believe the difference it made. 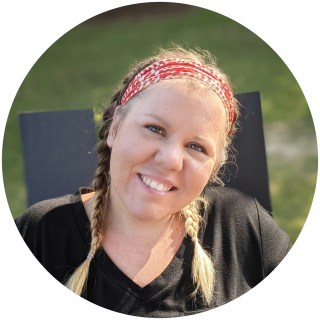 I’m the recipe developer, amateur photographer, and voice behind Jamil Ghar. I love exploring our world and getting to know others through food, great conversation, and meals around the table. I hope to share our story and the stories of so many others through the articles and recipes we share.